Sustainable development, complexity and change: thinking and practices for the SDG and other objectives 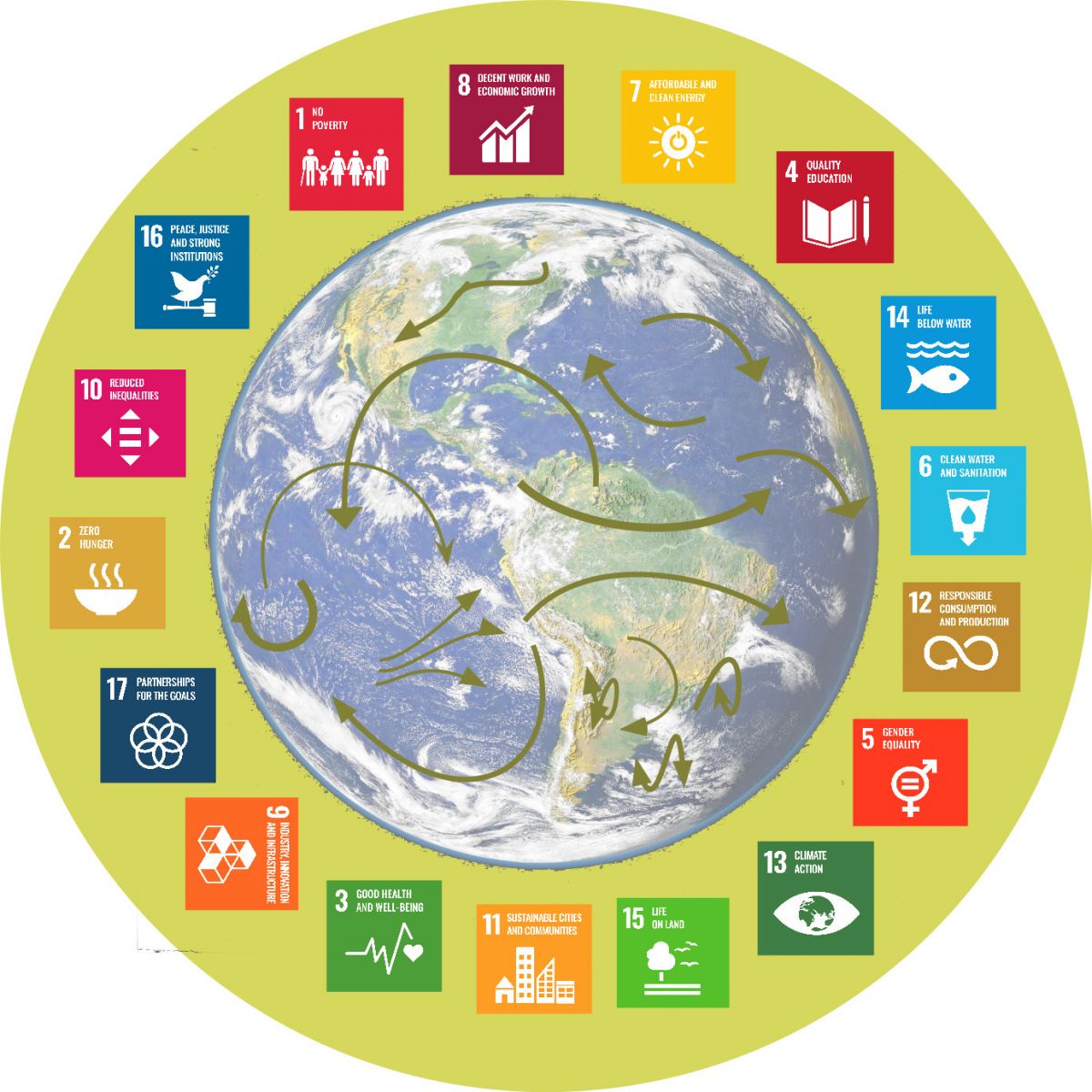 This Summer School is based in a logic of deep interdisciplinarity, oriented towards promoting productive, collaborative, critical and creative dialogues between different disciplines and modes of thinking, between theory and research and the practices that “in the real world” enact and realise, critique or present alternative or complementary proposals to the Sustainable Development Goals (SDG).

Being a part of the international political agenda since 1987, the notion of sustainable development is considered a global mark towards the awareness of the need of a new paradigm for development, guiding policies aimed at the respecting the interrelation between economic growth, social inclusion and environmental protection as cornerstones for the individual and collective well-being.

However, both the concept and it’s expression, configured in the 17 SDG and their indicators, remain under discussion, raising issues about their adequacy to places, contexts and specific problems, about the practices that sustain the concept of sustainable development and the degree of congruence between the thinking underlying the SDG, the complexity of the world and the actions informed by such thinking.

The question needs to be raised that an insufficient recognition of the complexity of the problems that sustain the SDG and the realities they aim to dress, as well as of the need to develop modes of thinking and practices congruent with such complexity, may prevent or limit te success of this new agenda, even leading, in unpredictable ways to the configurations of new, more or less preferred or unwanted realities.

This Summer School aims to stimulate the discussion around the SDG, guided by critical, alternative and complementary views. We invite academics, activists, intervenors, educators and whoever more is interested in participating in the co-constuctiion of new ways of thinking and action that inform the pursue of sustainable and desirable alternatives for the place of humanity.

The Summer School will end with an exhibition, in the last day, which is open to the general audience and will present the outcomes of the work produced and the synthesis of the contributions of the group to its objetivos, supported by a Visual Manifesto.

It will welcome the exhibit of posters from doctoral or postdoctoral researchers which will be target of a critical re-construction process throughout the Summer School and equally presented in the last day. Throughout all days there will be an exhibition of informative materials around the actions of diverse organisations, practitioners and activists, oriented to themes of development.

Note: The team of coordinators leads and integrates the central team of the project  “Building Foundations for Complex Thinking to Promote Positive Change in Complex Systems” which aims at objectives aligned with those of the SS.

GENERAL STRUCTURE AND DYNAMICS
The first three days will comprehend lectures/seminars and guided moments of group discussion aimed at the integration of knowledge and experiences towards the production of new ideas and projects. The presentation of posters will take place in the afternoon of the first day. On the third day, the seminars and discussions will be supported by a graphic artist who will facilitate the integration of the reflections through a Visual Manifesto.

The last day will foresee the presentations and discussions around the re-constructed posters and other materials collectively produced during the previous days, as well as the Visual Manifiesto. Different organisations, institutions and initiatives committed with sustainability and development will be invited. This day is open to the general public.

OFFICIAL LANGUAGES
English and Portuguese
It is recommended that the participants had a minimal domain of the English language, at the level of oral and written understanding. However, there will be support for the translation Portuguese-English and English-Portuguese. The support materials will be made available in both languages, following the interest expressed at registration.


Notes
- The registration include 3 lunches and 7 coffee-breaks, support material and certificates
- Registrations are only considered valid after payment.
- For cancellations up to 31 of April an administrative fee of 35€ will be charged. For cancellations after the 1st of May there will be no refunds.
- Lunches might be served in one of the university canteens, that serve meat, fish and vegetarian options. For other food restrictions, we will try to find solutions but cannot guarantee.
- The Casa da Esquina is accessible by a few stairs which may make it difficult for people with reduced mobility to move independently.