Reclaiming Queers, Crips and Other Misfits 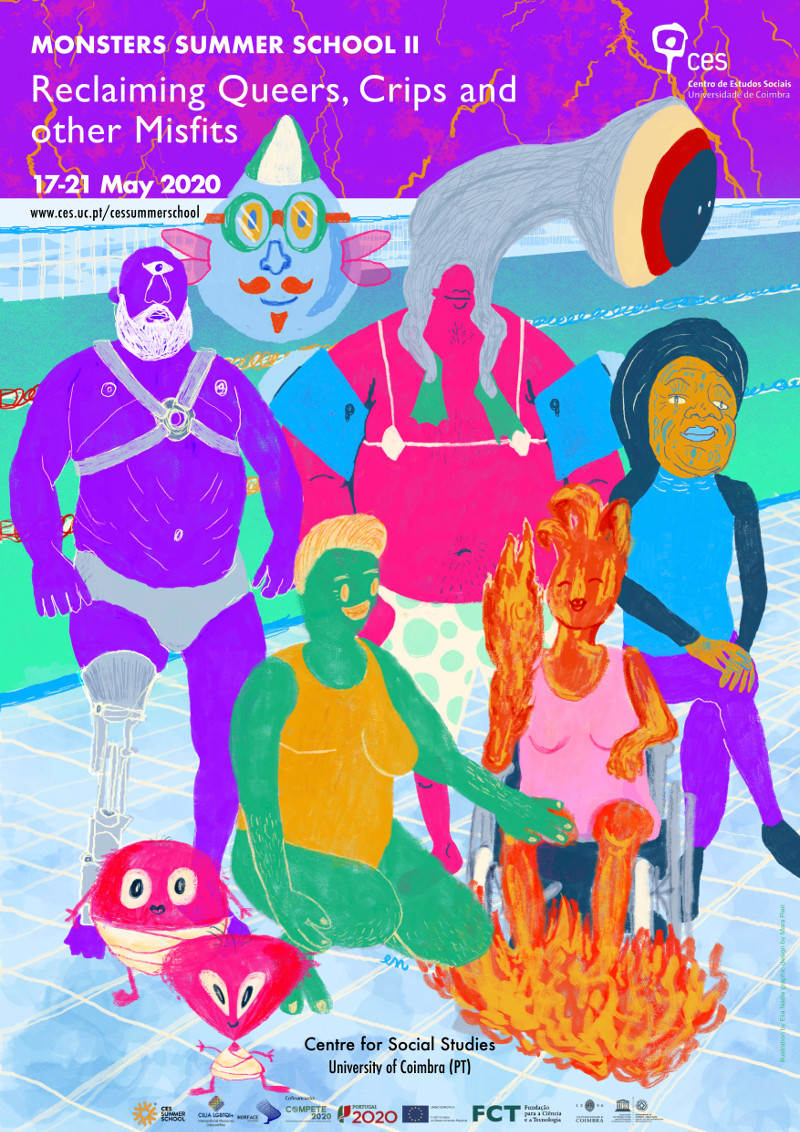 I claim: my right to be a monster […]
My right to explore myself
To reinvent myself
To take my mutation as my noble exercise.
Susy Shock |“yo monstruo mio”

The Monsters Summer School II embraces monstrosity in what it offers regarding the undoing of binaries and the celebration of embodied differences in times when the advancement of extreme-right and populism threatens our existence. We aim to explore who are the contemporary monsters, what are the dichotomies they challenge and how narratives on monsters contribute to definitions of human. We want to explore monsters as a possible theoretical figuration to escape mainstream celebrations of humanity and to embrace the vivid possibilities offered by interdisciplinary, boundary-crossing contributions from different fields of knowledge. We aim at creating spaces to discuss contributions and experiences that often fall out of the map even within critical studies. Also, we interrogate the possibilities of creating knowledge from places of estrangement regarding mainstream sources of knowledge production in the academic fields of LGBTQI+ and critical studies.

Drawing on timely, interdisciplinary theoretical contributions and intersectional empirical work on queers, crips and other misfits, the Monsters’ Summer School will consolidate academic knowledge in the fields of sexual and gender dissidence, disability and other forms of embodied misfit.


Structure
The Monsters Summer School II will offer a balanced mix of keynote lectures, group discussions and workshops. Sessions will be presented and discussed in English. The week will also feature activist/cultural events, including the Coimbra LGBTQI+ Pride March on the 17th May.


Location
The Summer School will be held at the Centre for Social Studies, University of Coimbra. The space is easily reached by public transports and the seminar rooms are fully accessible. The North|South Library at the Centre for Social Studies includes a large collection of books and journals on the topics covered in the Monsters Summer School, and can be a precious additional resource during your stay in Coimbra.